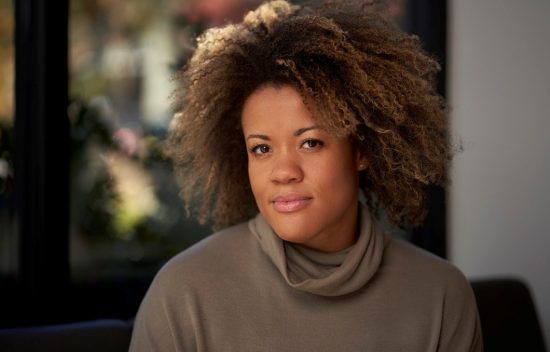 Kika Wise is a former professional dancer turned entrepreneur, franchisor, and wellness educator. As a forward-thinking and innovative visionary, Kika is the Founder and CEO of Kika Stretch Studios, one of the nation’s leading stretch and fitness studios.

With 14 locations throughout the United States, including New Jersey, Georgia, Nevada, New York City, Pennsylvania, and Texas, Kika Stretch Studios are continuously growing. Kika is just one of three African American women franchisors in the country.

Born and raised in New Jersey, in high school, Kika developed an interest in dance when her family relocated from Newark to Bloomfield. By the age of sixteen, Kika had trained in various styles before graduating from Bloomfield High School and eventually earning a bachelor’s degree in Dance from Montclair State University.

As a professional dancer, Kika wowed audiences with standout performances in the Apollo Circus of Soul at the world-famous Apollo Theater in New York City and has been a featured dancer in music videos for various artists and commercials for major conglomerates as MTV and Samsung. The versatile talent also appeared on HBO’s Flight of the Concords and NBC’s hugely popular sitcom 30 Rock.

In 2011, Kika Wise founded Kika Stretch Studios to introduce a new approach to people’s health and fitness. Through gentle assisted stretching, Kika Stretch Studios helps clients maintain youth and vitality with designed tension relief that aids in increased flexibility and overall ability. Incorporating a dancer’s approach to stretching and fitness with a signature one-of-a-kind Kika Method®, Kika has also developed the Kika Stretch Age ®, a unique tool used to measure a client’s age based on flexibility.

As one of the nation’s youngest and most promising franchisors, Kika is rapidly growing her brand and helping others along the way. Having established a successful career of wellness built on the hope of inspiring and empowering others, Kika Wise is a businesswoman on a mission to educate millennials and other generations on how to preserve self and pursue franchising.

Join The ‘Stretch It Out’ Movement

Find a Kika Stretch Studio near you to experience more pain relief than you’ve experienced in years. Allow your body to move the way and feel the way it was intended to.

Join The 'Stretch It Out' Movement

Find a Kika Stretch Studio near you to experience more pain relief than you’ve experienced in years.

Allow your body to move the way and feel the way it was intended to.
Find A Studio